What is Function?
A function is a block of code that has a name and it has a property that it is reusable. Like in other programming language we can create function in powershell as well, it is basically groups a number of program statements into a unit and function is given name to it.
This unit can be invoked from other parts of a program.


To get execute function just give the function name. PS c:\>MyFunctionGetTime 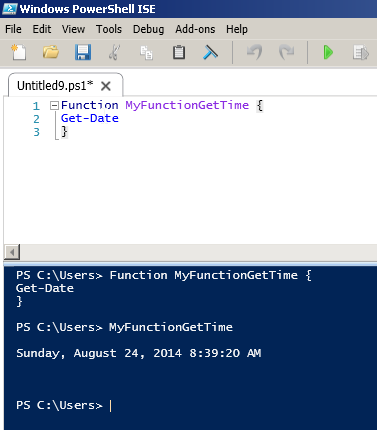 By use of fuction we can do the script organization. We can reuse the code.
Use of function give you ability to call script blocks multiple times.


By default, all variables created in functions are local, they only exist within the function (they are still visible if you call a second function from within this one.) e.g. "$z" shows ZERO as it local for function block.
Supported data types in Powershell

Try-Catch-Finally
You can intercept any error in try, catch and finally statements.

PowerShell supports try/catch/finally, that should feel familiar to all java, .Net developers. 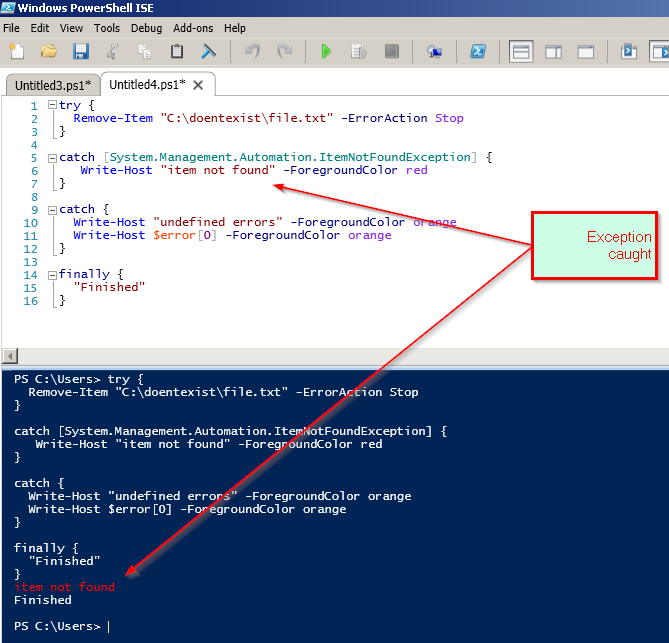 Do While Function Loop

Write function in differnet file and include files /call functions from another file
1. Create psFunctions.ps1 and write some 'XYZ-Function' accepts 2 input parameter (param1, param2) which will return something .
2. Include file calling file in master file.
e.g.


4. This way you include and call function from master file.